Did you know that 100 million hours of video content is being watched on Facebook every single day, and 10 billion videos are watched on Snapchat? Well if you are in marketing then you should, because a growing proportion of the content being watched every day is attributed to video for marketing. This is emerging with prominence in the industry and it so no surprise since video is one of the most effective mediums for communication; especially in the current consumer landscape.

It’s difficult to get through the day without watching some form of content for the modern consumer. Social networking has blasted its way into almost all of our lives in some way or another, and it has created a platform where an audience of billions can be easily accessed, as well as the video distribution itself being more or less free. This has resulted in video becoming prolific. In light of this, Cisco predicts that video will account for 82% of all internet traffic by 2021. 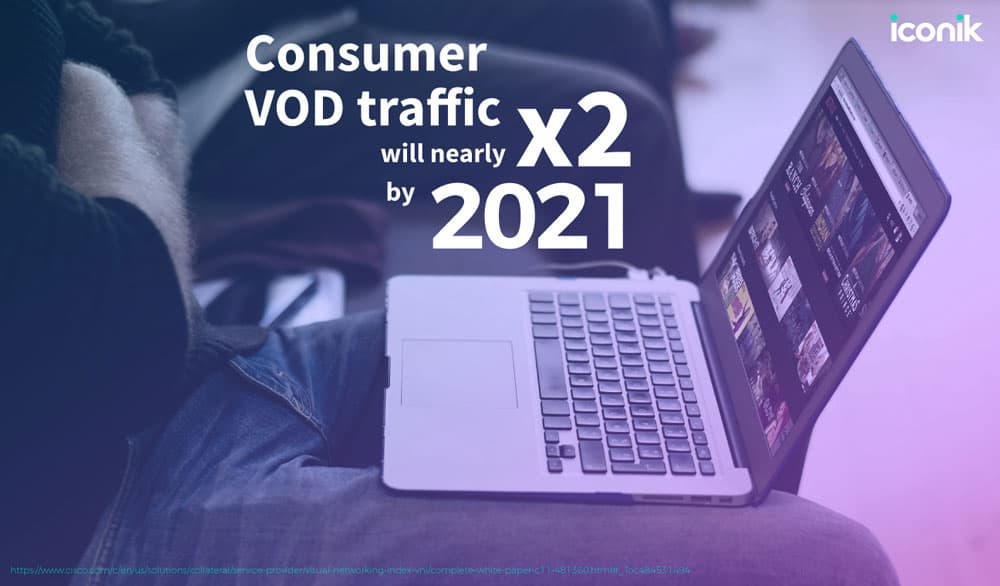 According to a report published by Social Media Examiner, the current percentage of marketers that say they use video is 60%, but this is set to increase with 73% planning to escalate their use of the platform. One of the biggest trends to report is that the majority of organisations are building true video strategies; video playing a pivotal role even in broader marketing strategies. These strategies will likely to be closely linked with social media, more than ever before. As aforementioned, social media presents an opportunity for marketers to leverage a massive audience that wants to consume content and this will also enable broadcasters to monetise the attention of the audience once it has been captured by the content.

It’s not surprising that more content is being created by organisations and brands. In fact, 73% of B2B marketers said that video positively impacts their marketing ROI. Video is engaging by nature, especially in comparison to text or images. Therefore, when distributed via social media, marketing videos tend to get increased engagement. In fact, social video generates 12 times more shares than text and images combined. Therefore the top benefits of social media video marketing are increased business exposure and increased traffic.

With social media video proving to be such a beneficial tool for marketing, naturally the competition for viewing time has increased. This has resulted in the utilisation of emerging technology in an attempt to up engagement levels and boost the effectiveness of video marketing.

Tech such as VR, AR and 360-degree video aren’t gimmicks anymore, but are instead serious tools that have a proven record of increasing engagement and have the potential to drive innovation in video marketing. As a result of the development of these technologies, immersive video has emerged as a new category of video. This has the potential to become really popular, and is certainly in a position to fulfil that potential. Immersive technology is more commanding of the viewer’s attention, and therefore can capture and maintain it, so video marketing messages are less likely to be scrolled past on a news feed. This was proven by Hong Kong airlines, when a 360-degree video was 35 times more effective than the same 2D version.

The bottom line is, if marketers want to utilise video as a powerful marketing tool, then not only should they be taking advantage of the proven abilities of social media platforms and immersive technologies, but they also need to realise that a good video needs to tell a story that is memorable. It all comes down to personalised storytelling, without which video content is just noise and something that is used to ‘pass the time’. The tools are all there to attract the consumers attention, but now it is equally as important to keep the viewer’s attention, especially when building video strategies.